Have You Ever Thought About the History of Phlebotomy?

In today’s world sometimes we take things for granted not realizing how much has evolved since its start. Phlebotomy has greatly changed since its initial concept. 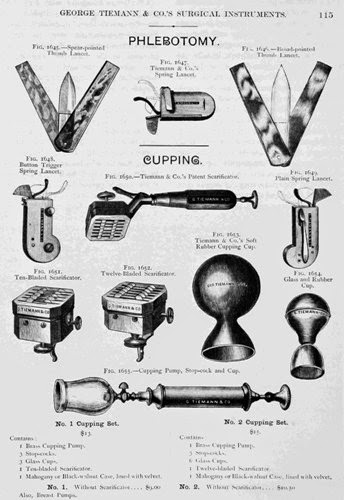 What is phlebotomy? By definition, phlebotomy is the process of performing a surgical opening in a vein to withdraw blood or introduce fluid.

In modern times, we use this procedure to diagnose and treat the majority of the world’s population.  However, in ancient times phlebotomy was thought to summon blessing from the gods and to release the evil spirits from the body.

Some cultures started the phlebotomy process off by using sharp objects while others used leeches to initiate this therapeutic process.  Even though the concept was on the right track, more research and development needed to be done to fine tune the process into what it is today.

In the early stages, phlebotomy was referred to as the process of blood-letting but its purposes weren’t observed and documented until Hippocrates, the father of medicine.  He is the first person to document the practice of phlebotomy as well as its benefits.

Hippocrates believed that the body was composed of four body “humors” which were blood, phlegm, yellow bile, and black bile.  Based on his theory, if one of the humors was out of balance  it had to be removed from the body for balance to be restored.  In most cases the patient would die and it would be blamed on the disease rather than blood letting practices.  Even though Hippocrates was familiar with blood-letting practices, then called venesection, he was unaware that the rapid release of blood in large volumes would kill the patient.  It was his student, Galen, who discovered that there were limitations to the volume that could be taken from the body.

Galen stated that the amount of blood was to be more than 6 to 7 ounces but less than 1 to 1.5 pounds.  Based on Galen’s findings, blood-letting was performed long enough to cause the patient to faint.

Hippocrates, the father of medicine

In modern day practice, phlebotomy isn’t quite this extreme but it has developed to a point that allows for patient to be successfully diagnosed with very little discomfort.  It is currently used as the first step in diagnosing and monitoring therapeutic drug levels.  What are your thoughts on phlebotomy’s beginning?  Would you have considered it in is early stage?

Bloodwork can be a stressful experience for many children. Here are a few simple steps that may make your child feel more at ease with a blood draw. Read more...

How Does Mobile Phlebotomy Work?

Best Way To Schedule An Appointment For Blood Draw At Home?

A blood draw at home appointment can be scheduled using various methods, the easiest is scheduling on our website. Read more ...